No Fear of Heights for LD Systems!

Thomas Jung is a field representative for Adam Hall GmbH. On Tuesday, 17 April, he was in the East-Westphalian town of Verl in order to accept a longstanding invitation to visit the stadium in Bielefeld together with his customer Alexander Hülhorst from the firm Beckhoff Technik & Design. 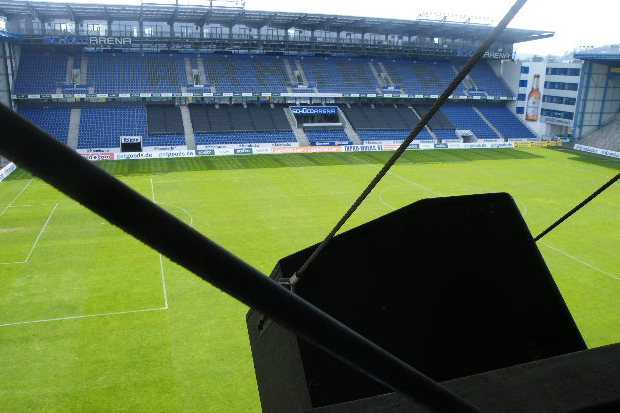 Thomas reported the following about his visit:

“Beckhof was contracted already some two years ago to improve the grandstand PA system in the Schüco Arena for the 2010 U20 Women’s World Cup.

In total, there are 8 flown tops, 9 bass enclosures, and power amp racks with 8 x LDDP2100 and 2 x LDPA1600X on the catwalk under the stadium roof. 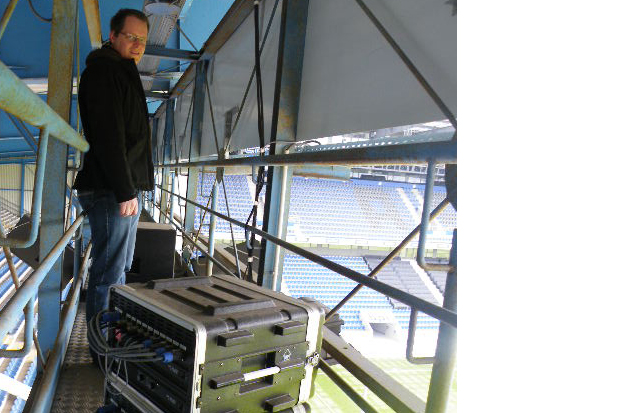 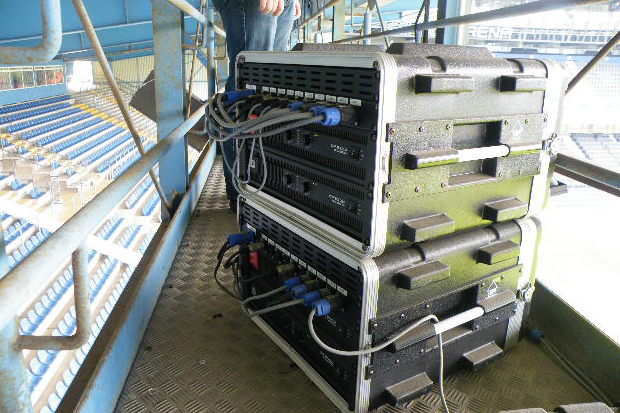 In order to make a couple of nice photos, I had to summon up all of my courage and follow Alexander out onto the catwalk, which is installed at a height of around 18 metres, under the roof of the stadium.

Anyone who knows me will tell you that a construction site this high above the ground is definitely not a place where I would ordinarily choose to be!

So…with quivering knees, I ventured out onto the catwalk. Thank goodness, at least it had a solid floor and not one made of metal grating. That was at least something. 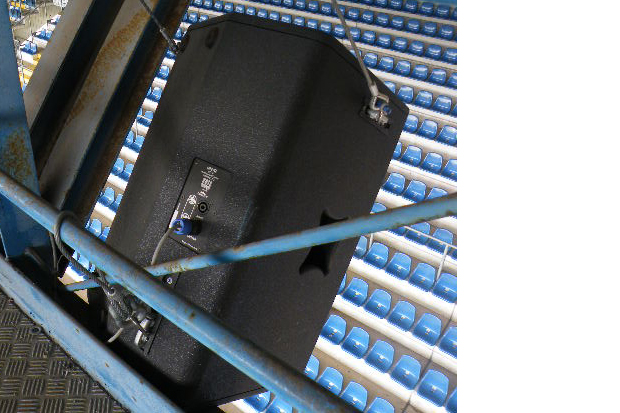 There is no place to hold on because of all the dust and bird droppings.

The 15″ Stingers cover one entire side of the stadium. There are still some speakers of other brands installed in-between them, but plans call for them to be replaced with Stingers as well later this year. 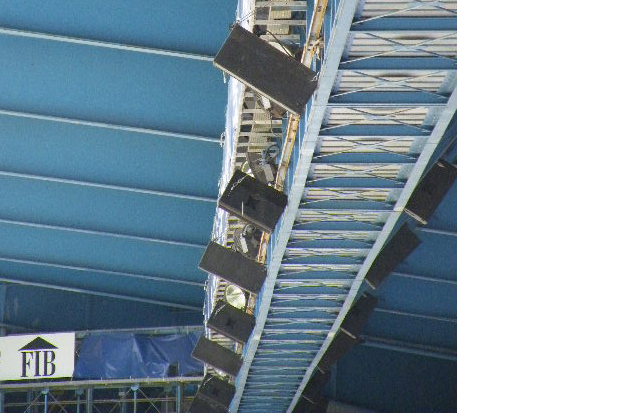 The cabinets are flown in pairs at an angle above the grandstand and are aimed straight down. The bass enclosures simply stand in the middle of the catwalk. 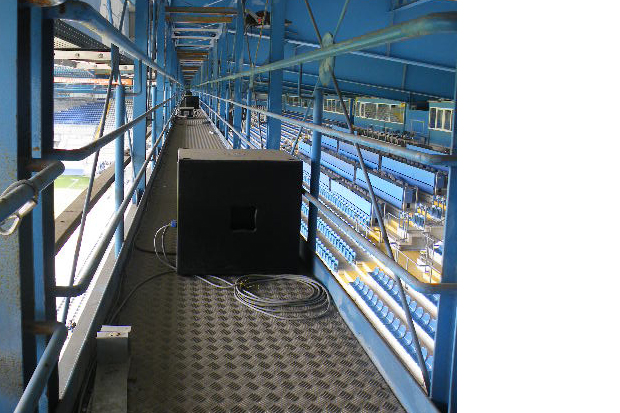 I was interested to discover that the amp rack just to the side of the big scoreboard is also outdoors. The only thing protecting it from the open side of the stadium is a plastic rack.

Since they were installed in the summer of 2010, the amps have been running without interruption day and night. This is in order to ensure that water vapour does not condense in the cold, deactivated power amps and cause faults.

The fact that all of the cabinets and power amps are still functioning flawlessly after nearly two years speaks volumes about the high quality of the LD Systems components used. Bear in mind that while all of the components are protected from direct rainfall, they are still outside and thus exposed to extreme fluctuations in temperature and humidity. 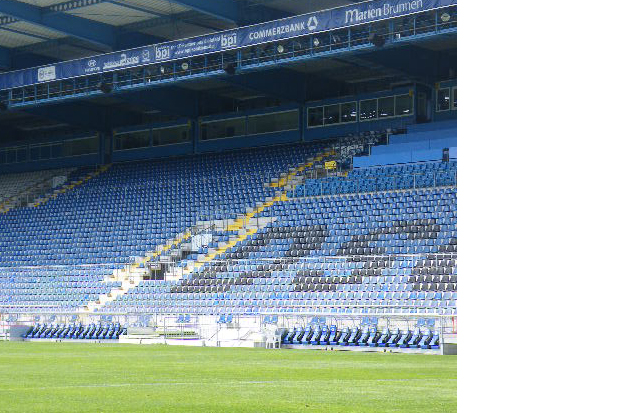 Boy was I glad to have my feet back on the good earth once I had taken enough pictures. Then Alexander also showed me the various engineering spaces in the stadium.

It was a very interesting and impressive visit. Thanks once again to Alexander Hülshorst for the tour of the Schüco Arena and Beckhoff Technik & Design GmbH the confidence they have placed in us. 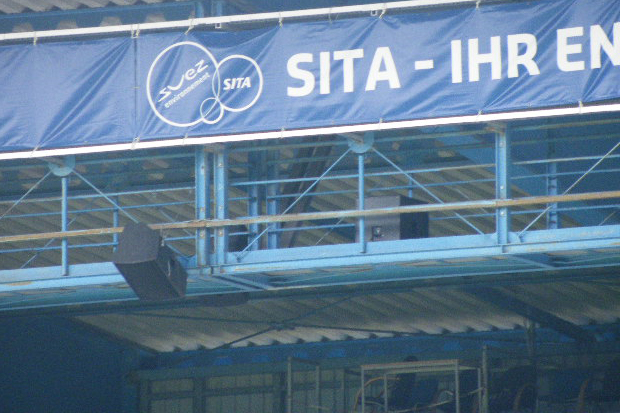 We hope to be able to visit more projects realized with our products in the near future.”

For complete information about all of the products used at the Schüco Arena in Bielefeld, go to: http://ld-systems.com/8-1-ld-stinger-series.html