Dihn Kanalreinigung GmbH celebrated its 25th company anniversary on November 16, 2019. Unlike most SMEs, CEO Gregor Dihn didn’t want to just have a nice buffet event in the evening; he wanted to do something special for his employees and business partners. That’s why he invited them all to the Berchtesgaden salt mine and asked Christian Weiß if he would be interested in developing an exclusive show for the cave event featuring his FIREDANCERS. So, he did and he had a lot of fun doing it, too! The result: a live underground drum and light show for which the event technology service provider eCON implemented a sophisticated and mobile lighting design with battery-operated spotlights from Cameo.

The salt mine in Berchtesgaden takes visitors 100 meters beneath the Earth’s surface with a track-guided railway system. Not exactly the best conditions for eCON and the Cameo spotlights: “There were several hurdles we had to overcome for the lightshow,” recalls eCON CEO Moritz Stüve. “It was only possible to deliver technology using a small wagon. On top of that, we were given an extremely tight timeframe of just 30 minutes to set up on site. This meant we had to develop a lighting design that would allow us to deliver all the materials into the mine in just one trip and without using any power or signal cables for the most part.”

In total, the lighting designer Moritz Stüve and lighting systems engineer Lukas Köppel went with 20 Cameo ZENIT B60 W-DMX™ IP65 PAR floodlights and 18 Cameo ZENIT B200 LED outdoor wash lights for the cave show, both of which run on battery power. “The ZENIT spotlights are true plug-and-play systems,” says Stüve. “The W-DMX worked perfectly underground without any malfunctions or delays. We were thus able to deploy a streamlined setup to create a variety of different lighting moods around the two drummers, while the high output enabled us to have enough headroom to increase the intensity of the light show little by little.”

It wasn’t only the event professionals who had to adapt to the unique environment. Guests attending the company anniversary were also interactively involved in the show using body percussion and cordless flashlights. “We always make the room part of the performance,” explains Christian Weiß, artistic director and CEO of FIREDANCER GmbH. “Of course, different rules apply in an underground salt mine cave as they do on a conventional stage.” All in all, the crew was made up of only two drummers and lighting technician Moritz Stüve, who conducted the pinpoint light show and made sure that the Cameo headlights were a hit without attracting attention. “We needed a smart yet low-key setup that could be used flexibly and which wouldn’t stand out as ‘technology’ per se. That’s why we installed most of the lights in holes in the rock, in between old mining machines, and on ledges. We also sprinkled dust over the housing units beforehand to make it seem like they’d been in the mine for quite some time. IP65 made it possible and easy for us to later remove any dirt from these lights with a high-pressure cleaner.” 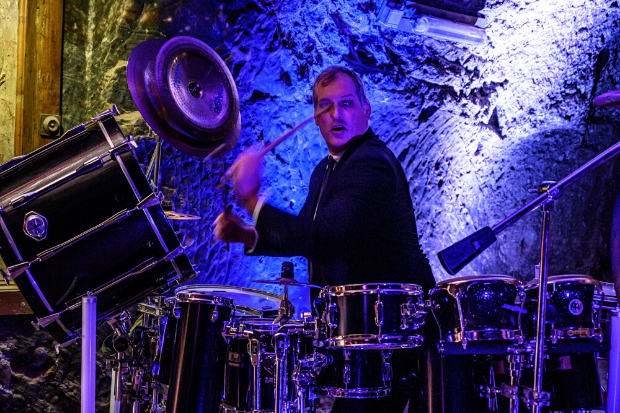 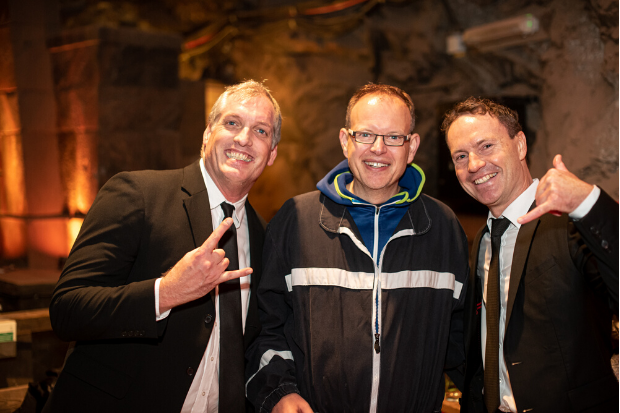 Two drummers and a wireless, interactive light show all in an underground mine: the corporate event was the highlight of Dihn’s 25th company anniversary, which wanted attendees to still remember it in another 25 years from now. Christian Weiss is sure that they met this demand:

“A salt mine’s character is extraordinary … the salt of the earth … ancient … all this inspired us tremendously and played a part in realizing another unforgettable evening, courtesy of eCon, Cameo, and the Adam Hall Group too.”

The following Cameo products were used: