Since 1999, Naturally 7 have been delighting the acapella scene with their vocal play – a special acapella vocal style in which the human voice is used as an instrument. In 2006, the group’s spontaneous subway rendition of In The Air Tonight by Phil Collins suddenly gave them a wider audience with the YouTube video of the performance receiving millions of views. However, vocal play and subway aside, the seven full-blooded singers have a lot to offer; their sophisticated vocal arrangements have placed them among the world’s best acapella groups. 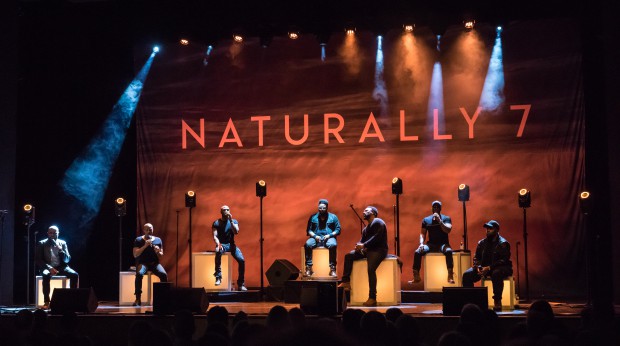 Exposed Stage Position
In March and April 2018, Naturally 7 performed a total of 21 concerts throughout Germany. The stage design focused fully on the seven singers. Only one other show participant was afforded a central role in front of the large back drop by lighting designer Jakob Hornfeck from Pinder Veranstaltungstechnik – MOVO BEAM Z 100 beam moving heads from Cameo Light were raised on stands and positioned on the stage in a semi-circle. “The basic concept was to create seven gaps with the eight spotlights in order to generate a very simple but effective visual symmetry on stage,” explained Hornfeck. “Their exposed positioning on stands also gave the happenings on stage somewhat more depth and sense of space, and was in some respects reminiscent of a classic ACL arrangement of light sources radiating closely downwards”, according to Hornfeck.

Pinder has been working closely with the Adam Hall Group for many years and Hornfeck has had the MOVO BEAM Z 100 on his list for a while. He is impressed with the flexibility of the LED beam lights every day: “The MOVO BEAM Z 100s are perfect for this tour – they are compact, light, fast, beautifully designed and packed with features. There have been several occasions where the house technicians of the respective hall came to us and asked about the MOVO BEAMs.” 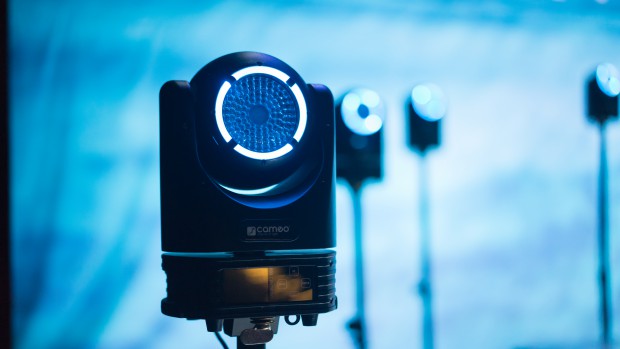 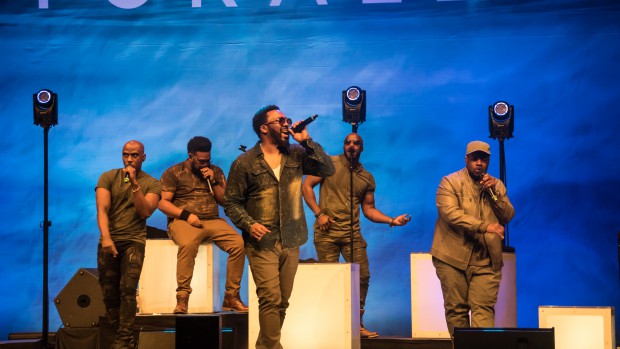 Perfect Interplay
In addition to beam and blinder effects, the lighting designer also uses the LED rings as a visual eye-catcher at several points in the set. “The spotlights also work wonderfully in conjunction with the Cameo AURO SPOT 400s, which create the individual spots for the singers.” In addition to the MOVO BEAM Z 100s and AURO SPOT 400s, Hornfeck also uses a formation of four PIXBAR 650 PRO LED bars from Cameo to light up the backdrop.

Gravity for the Naturally Mics
Hornfeck and his American FOH colleague James Caran rely on round-based stands from Gravity to keep the central interface of the seven acapella artists – the microphone – in good hands. “We have been working at Pinder for a long time and we are extremely satisfied with the Gravity stands; the price-performance ratio in particular is unbeatable in my opinion. In addition, the quick-release microphone clips have become a universal solution at Pinder and are used on all stands,” says Hornfeck to close. 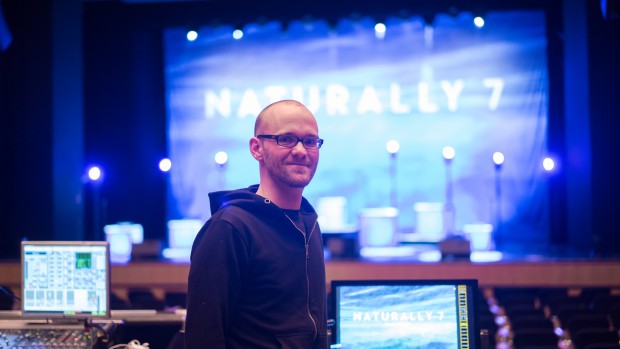 Press: Status Report and Ways Out of the Crisis – Review of the Adam Hall Group’s Industry Talk